Consumer spending within all app stores is anticipated to surpass $110 billion in 2018, with a shift in popularity of app categories. Entertainment apps have typically gained more popularity with consumers, but need-based apps (e.g., food delivery, payments, etc.) are on the rise. Need-based apps are usually discovered through word of mouth, but more consumers have begun seeking them out to help simplify their daily lives. Additionally, Apple and Google have begun work to reorganize their app stores in an effort to make newer apps more discoverable to users, which is likely to promote more downloads.
Popularity of AR apps will also be on the rise in the new year. Facebook, Google and Apple previously announced they are working to expand their AR capabilities. This type of expansion will open up the app stores for more developers to publish AR apps, generating more excitement from users. 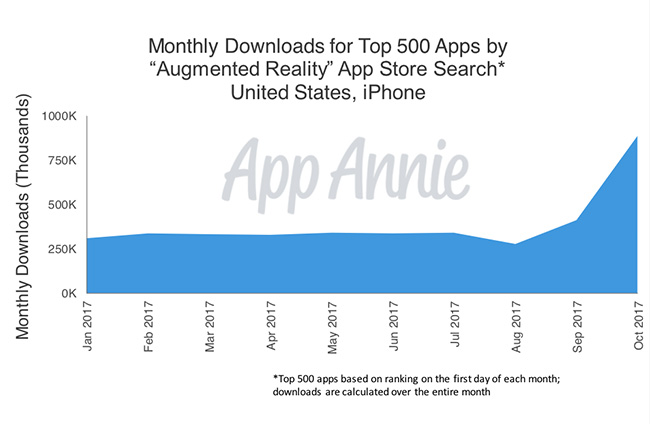 Astonishingly, downloads for Amazon’s Alexa app surged from 1 million to 3 million within just 3 months last year. This year’s trends are expected to show a growth well beyond that mark as more virtual assistants have been released before the holiday season.
We at jācapps wish you and yours Happy Holidays and look forward to speaking with you about your mobile needs in the new year! Reach out to us at 248-353-9030 or marketing@jacapps.com to learn more.